Nuxt-ts was announced recently and I was really excited as I was working on a nuxt app with a ASP.NET Core backend. As I have already spent a bit of time working on this, I felt it would be easier/more educational to convert the project manually rather than re-scaffold and copy contents over.

This will be an ongoing project chronicling my adventure into Nuxt with Typescript. First we will create a nuxt app and then convert it to a typescript app. This will reference the hackernews-nuxt-typescript repository as well as the Vue-cli typescript scaffolding to find a happy medium that works best with VSCode.

Before getting started, install the below dependencies: - Yarn

lets install the dependencies and run this to make sure: yarn && yarn dev

next, add the prettier linter to the devDependencies below:

NOTE: This will work, but some items will not lint before compile errors.

lets run this and see the progress yarn dev

There should be a prompt to create a tsconfig.json as it is missing; press yes. 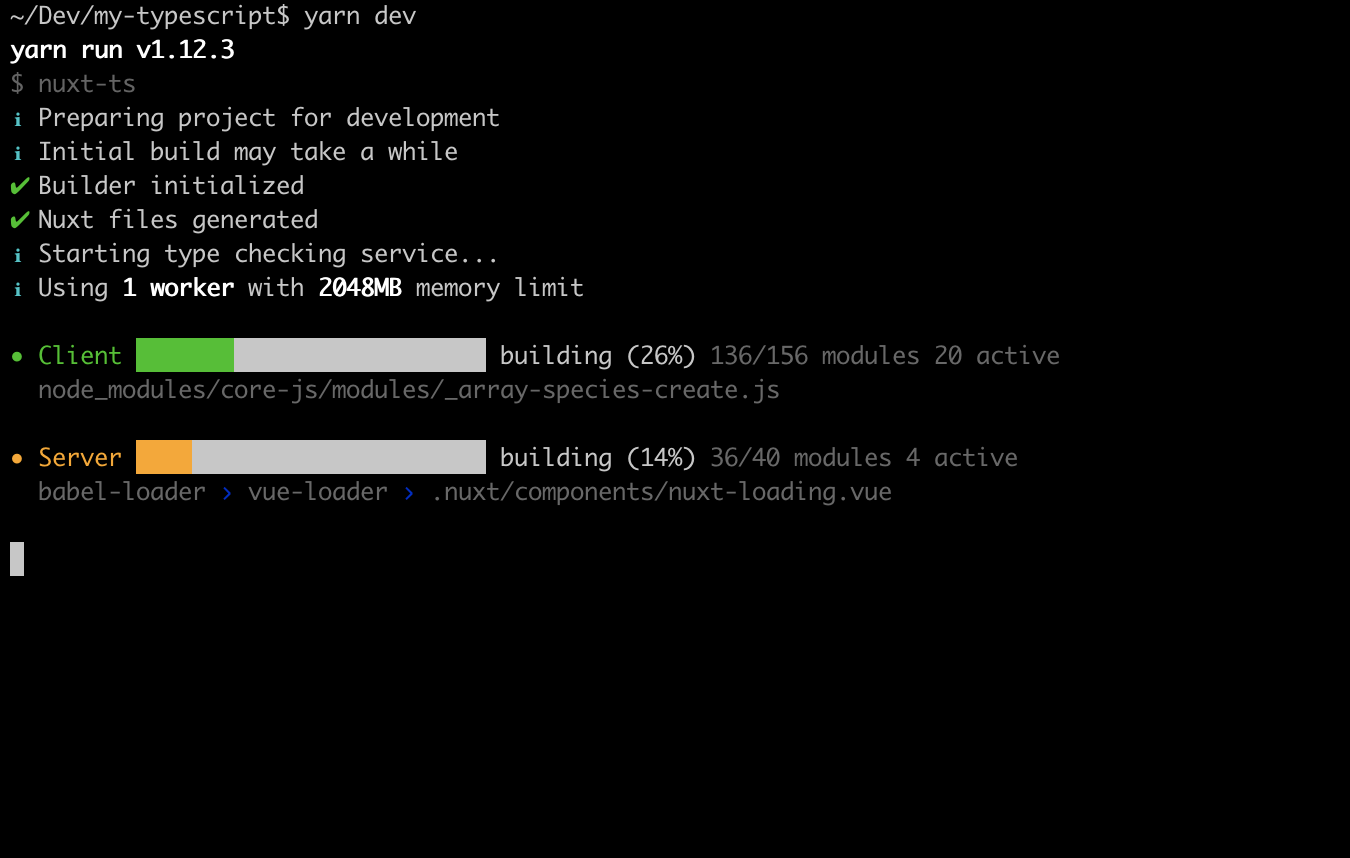 The serverside framework was set to None when the Nuxt app was created… but there is a server being built.

looking at the page we will find missing css and errors saying:

[Vue warn]: Unknown custom element: <b-icon> - did you register the component correctly? For recursive components, make sure to provide the "name" option.

The server being built is a hint; nuxt.config.js is not being loaded and a default is executed in place. Because the default doesn’t use Buefy, the b-icon is also not resolved and a warning is thrown. This is fixed in the next step.

Then change the module.exports = to export default

The default page should be showing with Buefy again.

NOTE: This section has a variety of pitfalls, so lets go through the common ones as the show up.

There should be an error similar to the one below:

This is caused by property decorators being an experimental typescript feature. Enable them by adding the below to tsconfig.json compilerOptions:

NOTE: this may require a restart for VSCode to understand the tsconfig changes

Next, do the same for pages/index.vue

in the script section change:

There should be another error here:

This one is trickier and has some history(spoilers it’s really long). Typescript, by default, will only look for files with extension .ts and there seems to be two methods of fixing this. One is to modify the webpack config and the other is to extend the typing definitions with a shim as it is easier than extending webpack (personal opinion only, don’t @me).

NOTE: A VSCode restart may be required to pickup the changes

For the most part, the prettier formatter works well. Coming from a C# background however, I would like a couple of changes. namely semicolons at the end of statements. Official docs says that adding "semi": true" to .prettierrc should work.

Next, increase the max line length by setting "printWidth": 120 in the .prettierrc file.

Lastly, add commas to everything! "trailingComma": "all"

This will conclude part 1. Any corrections can be sent via Twitter DM